When Should You Think About Wisdom Teeth Extractions in Asheville? 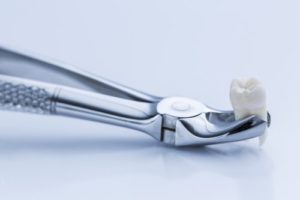 Since the 1600s, the third molars have been referred to as “teeth of wisdom.” They adopted their modern name, wisdom teeth, in the 1800s. They earned their title because they appear later in life than other teeth, when a person is supposedly “wiser” than they were in their youth. However, while these teeth might have a fun name, perhaps the wisest thing to do with them is consider wisdom teeth extractions in Asheville.

Why Do Wisdom Teeth Need to Be Removed?

Wisdom teeth extraction is a common procedure, but it isn’t necessary for everyone. These molars might need to be removed if:

What Signs Indicate That Your Wisdom Teeth Are Causing Problems?

You shouldn’t disregard any signs that your oral health is suffering. If you notice any of the following symptoms around the area of your wisdom teeth, make an appointment with your dentist as soon as possible:

At What Age Should Your Wisdom Teeth Be Removed?

Even if your wisdom teeth aren’t causing you any problems, your dentist might recommend that you get them removed in order to prevent problems later on.

Generally, it’s best to get this procedure when you’re between the ages of 18 and 24. This is because the roots of the teeth aren’t fully developed, which will make recovery after the surgery easier.  Wisdom teeth aren’t often removed before age 18 because dentists prefer that the teeth’s roots be at least two-thirds developed so they are easier to extract.

However, if you’re older than 24, that doesn’t mean you should avoid Asheville wisdom teeth extractions. Your dentist will take steps to make sure the surgery is as easy as possible for you. Dr. John White is board-certified in IV sedation so the procedure itself will not cause you any pain. He’ll provide you with guidance on aftercare so you are as comfortable as possible.

It will probably take you at least a couple of weeks to heal fully from the procedure, but you should be able to go back to work or school after three or four days of rest.

Wisdom teeth can be harmless, but they can also lead to serious issues. Your dentist can let you know if you need to have your third molars extracted.

Dr. John White is an Asheville native who is proud to serve his local community.  He has had extensive training in sedation dentistry so his patients can have a pain-free experience while they’re in his office. If you have questions about wisdom teeth extractions in Asheville, contact Dr. White’s office at 828-684-3020.