So, let’s say you have an upcoming dental treatment. To make things easier on you, your dentist recommends that you be sedated during the procedure. However, you’ve never experienced dental sedation before now. Are you wondering about the feelings it produces? If so, then this article may be helpful. Read on to learn about sedation dentistry, the sensations it involves, and how to know if you’re a candidate for it.

END_OF_DOCUMENT_TOKEN_TO_BE_REPLACED
Comments Off on What’s it Like to be Under Dental Sedation?

What to Do If Your Dental Bridge Fell Out 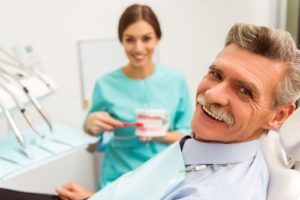 If you have missing teeth, you have more options than ever to restore your beautiful smile; however, over 500,000 Americans choose dental implants annually. As the only treatment to replace both the root and crown, it creates a nearly perfect replica of your natural tooth, but not everyone can get traditional dental implants. If you’re not a candidate because of bone loss or other issues, don’t lose hope. Mini dental implants may be the answer to your problem.

END_OF_DOCUMENT_TOKEN_TO_BE_REPLACED

Comments Off on Skip Bone Grafting with Mini Dental Implants

Why Is a Black Line Forming Around My Dental Crown?

If you’ve noticed a black line near your gums on an older dental crown, you’re not alone. Many people have found themselves in this predicament, which makes it obvious you’ve undergone dental work.

Fortunately, you can do something about it and ensure you never see that dental flaw again. Keep reading to learn what causes the black line around a dental crown and how your dentist in Asheville can help.

END_OF_DOCUMENT_TOKEN_TO_BE_REPLACED
Comments Off on Why Is a Black Line Forming Around My Dental Crown?

Get the Dental Crown You Need Before the Year Ends!

No one is exactly thrilled to hear that they need a dental crown. Maybe you’re anxious about having one placed, or perhaps you’re not convinced you need one since your tooth doesn’t hurt. Many people put off getting dental restorations like crowns because they worry about how much it will cost them. However, putting off getting the dental crown you need can ultimately cost you significantly more money and discomfort before you know it. Read on as we go over why dental crowns are an affordable and worthwhile investment in your smile, and if you have dental insurance, why you should get yours by the end of the year.

END_OF_DOCUMENT_TOKEN_TO_BE_REPLACED
Comments Off on Get the Dental Crown You Need Before the Year Ends!

TikTok’s Toothless Princess is Breaking the Stigma Around Dentures

Even if you don’t have an account, it’s very likely that you’ve come across a few TikTok videos while browsing the internet. The social media platform is home to several trends, mostly about new dances or songs. However, the latest one is about something you’ve never expect – dentures. One user is gaining lots of attention for sharing her life with snap-in dentures. Read on to learn how they’re inspiring other young people to share their stories with dentures and help break the stigma around them.

5 Tips for Eating with Dentures

Filed under: Uncategorized — JohnWhiteDDS @ 12:08 am

Losing teeth no longer means that you need to go the rest of your life without them. There are several tooth replacement options out there to help patients restore their smiles. Dentures are a very popular option because of their many benefits. They can be lifechanging for people who are missing several, most of, or all of their teeth. However, they do take some time to get used to. Here are some tips for getting used to eating with dentures.

END_OF_DOCUMENT_TOKEN_TO_BE_REPLACED
Comments Off on 5 Tips for Eating with Dentures

Filed under: Uncategorized — JohnWhiteDDS @ 12:42 am

Has your dentist informed you that you need to have a tooth extracted? This is something that numerous patients are initially nervous about because they don’t know what to expect. There is all sorts of misinformation floating around the internet, and it is difficult to know what “facts” you can trust. Continue reading to learn about some of the most common tooth extraction myths and why they aren’t true.

END_OF_DOCUMENT_TOKEN_TO_BE_REPLACED
Comments Off on 4 Common Myths About Tooth Extractions

3 Warning Signs That Your Wisdom Teeth May Be Impacted

Filed under: Uncategorized — JohnWhiteDDS @ 2:49 am

Your third set of molars in the back of your mouth are called the wisdom teeth. While the rest of the permanent teeth will come in during the teenage years, wisdom teeth don’t typically begin to make an appearance until the early 20s. These large teeth are “vestigial,” which means that humans have evolved to no longer need them. In fact, some people don’t develop all four of their wisdom teeth, or sometimes they have none at all! However, most people who do have wisdom teeth have them removed because of their potential to cause oral health problems and discomfort.

The average human’s mouth isn’t large enough to accommodate a third set of molars, so when the wisdom teeth begin to come in, they can cause a bevy of issues. One of which is impaction, where they become stuck in the jaw and unable to emerge from the gumline entirely. If you haven’t had your wisdom teeth removed, it’s important that you keep an eye out for warning signs that they could be impacted. Here are the top three signs that you need to visit your dentist about impacted wisdom teeth.

4 Ways the Dental Implant Cost Can Save Money 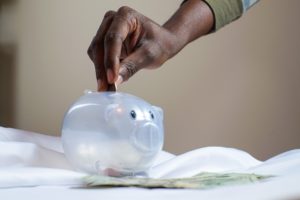 The latest advancements in dentistry allow your dentist to preserve your teeth for longer than ever; however, tooth loss is still a prevalent problem. Research shows 120 million people have lost one or more teeth, while 35 million adults have experienced complete tooth loss. Although there are many solutions to rebuild a beautiful smile, 500,000 people each year turn to dental implants. If you’re like many people, you might believe the dental implant cost exceeds your budget, but this may not be true. While you’ll initially pay more for them, they are the most affordable treatment. Here are 4 ways they can save you money down the road.